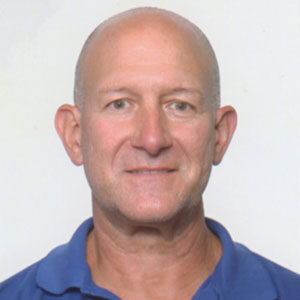 Coach Ron has coached at every level from 5 year-olds to NCAA Division I. He was a part of the University at Albany staff when the Great Danes won their first America East Championship and participated in the NCAA Championship Tournament. While there he coached 4 different AE First Team players, 2 Players of the year, and an All-American. While coaching high school his team appeared in the state tournament 5 straight years, and were awarded the Scholar Athlete Team Award 4 years running. Coach Ron is not only coaching but also officiates NCAA Volleyball. He is dedicated to growing the sport, and has developed youth volleyball programs in several area elementary schools. 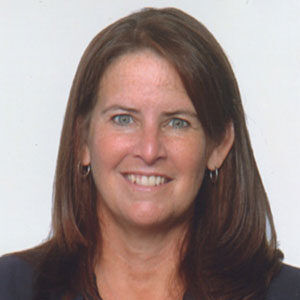 Coach Robin has coached for over 25 years, including 6 years as a Division I Head Coach. She was also named the Times Union (Albany) Coach of the Year when she led Troy High School. She worked with the USA Volleyball High-Performance Program and the USAV Coaching Accreditation Program (CAP) training coaches across the country. Coach Robin has her CAP III certification, is a collegiate and USAV official, and served on the Board of Directors of WeCOACH, a national organization supporting women in collegiate coaching. Coach Robin is also a graduate of the NCAA Women’s Coaching Academy where she was awarded the Judy Sweet Most Inspirational Coach Award. She currently is the Executive Director of End Hunger Connecticut!, the only statewide food insecurity policy organization in Connecticut. 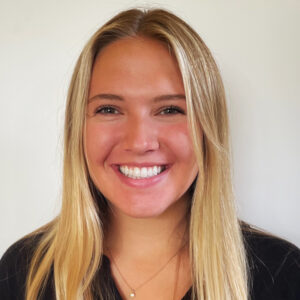 Megan will be joining us for her third season as a coach for New England Shock. A recent graduate from the University of Hartford, Megan spent four years playing D1 volleyball while studying biology. During her career, she was named the America East Volleyball Scholar-Athlete of the Year, a 3x member of the America East All-Academic team, a CoSIDA Academic All-America 3rd Team selection, a 2x America East All-Conference second team member, and earned 8 setter of the week awards. Megan was also a captain for her team for three seasons and served as the Co-President for the university’s Student Athlete Advisory Committee (SAAC) her senior year. Megan grew up in Minnesota and is a coach who brings a strong knowledge of the game, great energy, and a desire to help young female athletes develop leadership skills, friendships, and confidence through volleyball. Megan currently works as a research assistant at Connecticut Children’s Medical Center.  When not in the gym, she enjoys yoga and water sports.

Emily is currently a junior outside hitter on the University of New Haven D2 women’s volleyball team, and is studying health sciences with a concentration in speech language pathology. She earned Academic Distinction accolades on the Northeast-10 Academic Honor Roll, and earned her way onto the New Haven Dean’s List each semester at UNH. Emily received Northeast-10 Player of the week accolades as well as all-tournament honors during the 2021 season, and made the All-Conference NE-10 Second team. In addition, she was named to the AVCA All East Region team and the academic all-district team.

Emily grew up in Long Island, NY. In high school, she was named to the All-Long Island Girls Volleyball First Team in 2018, following Second Team honors in 2017. Emily was selected as the NSCHSAA Player of the Year in 2018.

She currently volunteers at Savin Rock Elementary School where she works on speech and language skills with students, and works as a camp counselor over the summer. When not in the gym, she enjoys going to the beach and being with friends. 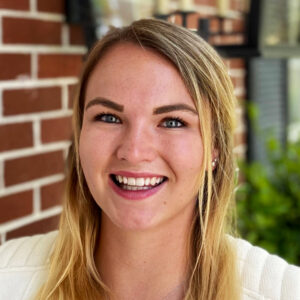 Hailing from California, Jordan is currently a graduate student at the University of Hartford. She has been playing volleyball since she was 9-years-old and originally was an outsider hitter.  During her career, she transitioned to playing both as a libero and outside hitter. She played collegiately at the University of Hartford and Chapman University (California). Because of injuries, she also spent a year as a student-coach on her college team. She has spent multiple summers working volleyball summer camps and is excited to be taking on the challenge of coaching club volleyball.  When she is not coaching, you can find her sipping a diet coke while studying to get her Masters in Organizational Psychology. 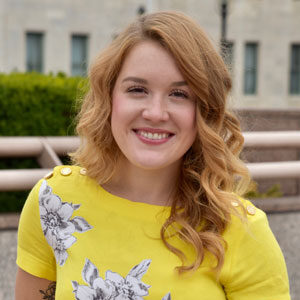 Molly has been playing volleyball for ten years and is a very excited first-time coach. She grew up in Granby, Connecticut where she was the Libero for her high school team when they won their state championship and then continued on to play for the UCONN club team during her college career. Molly works as an Events Coordinator and Planner in Hartford, and in her free time beyond playing volleyball- enjoys working out, playing with her dogs, and doing artistic DIY projects. 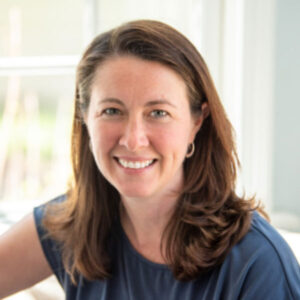 Tricia Rose is a former Siena Volleyball Division 1 athlete, class of 1997. During her four years at Siena, she and her team won the MAAC Conference title 4 years in a row and competed at both the NIT and NCAA Tournaments. Prior to college, Tricia played 4 years on her high school Varsity Volleyball team. During that time, she also played club volleyball for Long Island Big Apple (LIBA) where she competed at the East Coast Championships at Penn State University, as well as at the Junior Olympics in Tampa, Florida and the U.C. Davis Invitational in Davis, California. Upon graduating from Siena College, Tricia coached the JV Team at her former High School as well as Assistant Coached for LIBA for two years. Tricia continued her studies earning a Masters, then a Doctorate, in Physical Therapy from SUNY Upstate Medical University in Syracuse, and has been practicing in sports orthopedics since 2001. She lives in West Hartford with her husband and four children. Her daughter Maggie is playing with Flash 16 this season. In addition to volleyball and physical therapy, Tricia is an avid runner and enjoys photography.